There Is More to DFR Than Handles 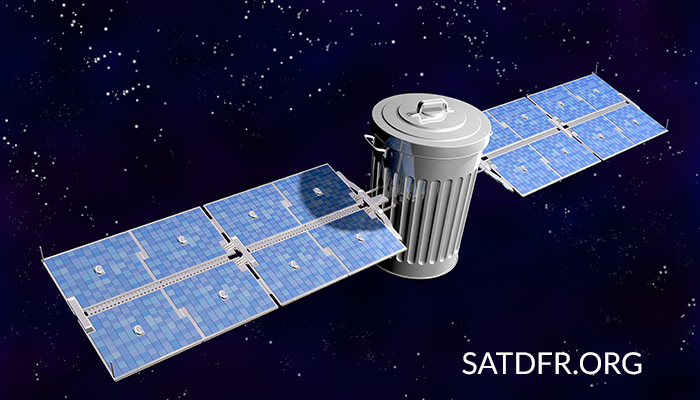 While handles, grapple posts, or similar features are important in the recovery of satellites, design for recovery (DFR) does not begin and end there.  DFR asks the overarching question: what is the ultimate disposal of this object and how do we design, document, and manufacture it to facilitate this outcome?

In searching for a simplified message, we may have done a slight disservice to the DFR objective.  DFR is ultimately about the future disposal of objects in orbit. Much the same as recycling efforts here on earth drive certain product designs, DFR aims to focus the space industry towards developing and evaluating designs, including material selection and fabrication, for their eventual recovery and disposal.

We’ve Thought of That

Although the idea of active debris removal (ADR) has been discussed for decades, few, if any, spacecraft designs have undergone a review from a recovery and disposal perspective. This needs to change; every object launched into Earth orbit must be built to facilitate rendezvous, capture, and disposal operations.

While we do need to ensure there are designs that enable ADR, such as handles, alignment badging, or reflectors, there also needs to be more of a ‘cradle to disposal’ thinking in spacecraft design.  We would normally call this ‘cradle to grave’, however, we suggest that graveyard orbit is only a temporary storage location pending final disposition of an object.

The easy answer is that graveyard orbits will handle thousands of objects for hundreds of years. This conveniently makes it someone else’s problem far in the future.  We could also raise the graveyard orbits at MEO and GEO almost indefinitely –  extending the disposal dates for centuries. Unfortunately, this does not address failed satellites in operating orbits and several hundred objects in LEO that create a serious debris risk.

For the recovery of failed, non-passivated objects, an external passivation option should be provisioned to deplete propellent and pressurant tanks, discharge batteries, and make safe any other subsystems that store energy which might trigger an inadvertent breakup during disposal operations.

Considering that we cannot know which objects will ultimately be de-orbited to reentry, DFR objectives state that all designs undergo a review against NASA’s re-entry analysis tools:

or the ESA tools:

This review should be a part of the licensing process for all objects launched into earth orbit. This simple analysis is best done by the designers and fabricators, rather than decades later by those with incomplete data about these objects. Including it as an integral part of the licensing process helps to ensure that future disposal efforts are informed, at least at a summary level, as to whether or not an object requires a controlled reentry for safe disposal.

For the recycling option, future salvage operators will want to know how a space object was manufactured, what materials were used, and how to safely disassemble it for parts and material. DFR therefore requires that spacecraft manufacturers keep detailed records of their designs, and archive them to ensure their availability to support recovery and recycling efforts, which may be several decades later.

Manufacturers should evaluate their designs and develop alternatives, where needed, to facilitate automated disassembly in space. They should also explore the use of materials that can be more easily recovered and cost-effectively recycled.

While considering the removal of failed satellites from GEO to the graveyard orbit for long-term storage, we should be mindful that a fully deployed satellite is far more susceptible to damage than one in its launch configuration.  Consequently, it may be beneficial to provide a means to retract or disconnect deployed antennas and solar arrays to reduce an object’s collision cross-section.

Satellite Servicing is not DFR

DFR fully enables satellite servicing; the reverse is not necessarily true.  Today’s planned satellite servicing missions anticipate a cooperative target satellite, which won’t be the likely case for most recovery and disposal missions. The majority of ADR missions will attempt to recover uncooperative targets at their operating altitudes with varying attitude dynamics. Consequently, DFR requires all satellite designs to be evaluated for recovery after failure. This may include design features to limit attitude dynamics and to provide structurally reinforced grappling fixtures that are accessible within the expected rates of spin around various axes. Other design features could include remotely activated ablative thrusters & passive attitude determination electronics to facilitate rendezvous and capture.

We Know That ADR is Required

To date, space operations have resulted in a massive amount of debris that threatens our access to earth orbit and beyond.  Whether the ultimate disposal is destructive reentry or parts recycling, DFR investments today will result in more cost-effective and successful ADR missions in the future.