The Tragedy of the Common Orbits 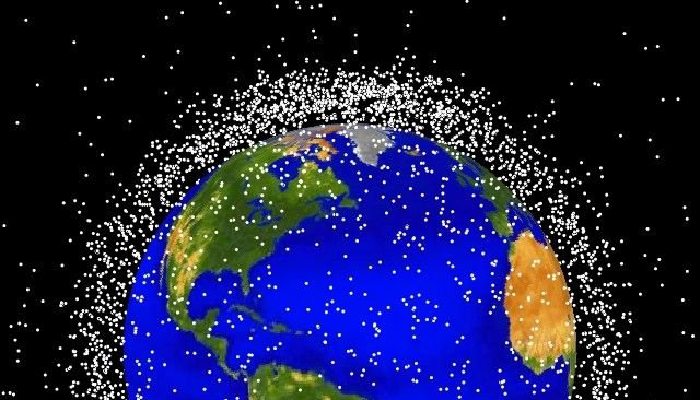 With apologies to Garrett Hardin

The tragedy of the common orbits develops in this way.

Picture an orbit open to all. It is to be expected that each operator will try to keep as many satellites as possible in the orbit. Such an arrangement may work reasonably satisfactorily for centuries because space is endless and the numbers of both operators and satellites are well below the carrying capacity of the orbit. Finally, however, comes the day of reckoning, that is, the day when the long-desired goal of long-term operations becomes a reality. At this point, the inherent logic of the common orbits remorselessly generates tragedy.

As a rational being, each operator seeks to maximize his gain.

Explicitly or implicitly, more or less consciously, he asks, “What is the utility to me of adding one more satellite to my constellation?” This utility has one negative and one positive component.

1) The positive component is a function of the increment of one satellite. Since the operator receives all the proceeds from the operation of the additional satellite, the positive utility is nearly +1.

2) The negative component is a function of the additional debris risk created by one more satellite. Since, however, the effects of debris are shared by all the operators, the negative utility for any particular decision-making operator is only a fraction of -1.

Adding together the component partial utilities, the rational operator concludes that the only sensible course for him to pursue is to add another satellite to his constellation. And another; and another…. But this is the conclusion reached by each and every rational operator sharing near earth orbit.

Therein is the tragedy.

Each operator is locked into a system that compels him to increase his constellation without limit–in orbits that are limited. Ruin is the destination toward which all operators rush, each pursuing his own best interest in a society that believes in the freedom of near earth orbit. Freedom in a commons brings ruin to all.

The above is an adaptation of Garrett Hardin’s ‘The Tragedy of the Commons’ published in Science, December 13, 1968. He was a professor of biology at the University of California, Santa Barbara.

Professor Hardin’s Tragedy of the Commons goes on to discuss the pollution that results from overpopulation. In the case of our tragedy of the orbits, the obvious analogy is the orbital debris that has resulted from our continuing undisciplined exploitation of near earth orbit and the resulting collisions that have significantly increased the number of objects being tracked.

More troubling than the natural growth of orbital debris from inadvertent collisions of discarded rocket bodies and lost tools however, are the two most recent significant events – the Chinese ASAT demonstration and the Cosmos-Iridium collision; one intentional and the other preventable; inasmuch as the iridium spacecraft was active and under positive control at the time of the collision. These two ostensibly avoidable events have accelerated the quantity of near earth debris to a level that previous calculations could not and did not anticipate with high likelihood would be reached for many years. Consequently, we have arrived at the current count many years sooner than anticipated, and that should force us to perhaps be somewhat more pessimistic in our estimates of the growth of debris going forward, lest we find ourselves learning after the fact that some orbits, or space itself is closed to us with our current approach.

There are no solutions to the orbital debris problem that don’t start with significant amounts of money. We need money to develop the sensors and systems to avoid collisions between debris and active satellites and, more importantly, to further develop the technologies and missions to remove debris from operating orbits. These are not intractable problems. In fact, there are many good ideas to be tested now. However, even before money, we must first decide that it must be done.

Based on the above, Professor Hardin would clearly agree.